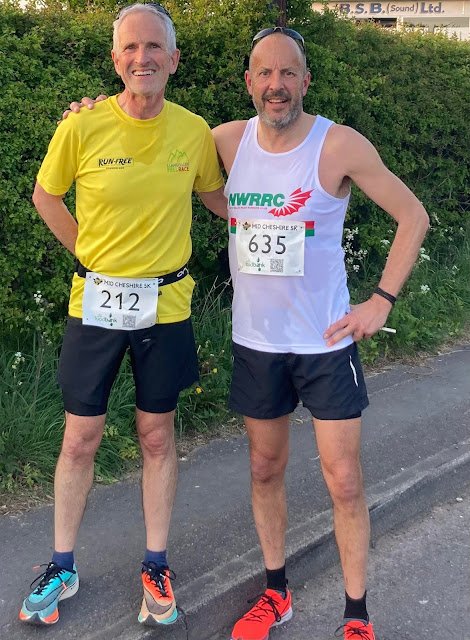 This star-spangled event attracted 747 international, elite, and club runners from across the UK, with many simply intent on recording personal best times over this exceptionally fast course. And the race pedigree was proven by the first twenty-seven runners all dipping under 15-minutes.

Just one second separated the first three finishers, with David Devine (Liverpool Harriers) the race winner in 14.19, with Cameron Bell (Hallamshire Harriers) 2nd in 14.20, and James Knockton (Trafford AC) 3rd in the same chip time of 14.20.

NWRRC members Richard Eccles and Jon Evans enjoyed superb performances along the same leafy lanes around Cheshire with Richard finishing 244th overall in a chip time of 17 minutes 25 seconds for a brilliant new PB, and he also claimed 3rd place in his MV55-59 age cat.

Richard Eccles said: “Never underestimate the effects of great support and self-belief, after a few weeks of struggling with my running I managed a new PB over 5K.”

Jon Evans was also in fine form and finished 429th overall in 20.02 for another excellent PB, and afterwards, Jon confirmed: “It was a great course and an amazing standard. When you think my time would easily place me in a cat 1-3 in most races and I was nowhere! I have been targeting this race for 16 weeks and training hard. Slightly disappointed to miss sub-20 but I gave it everything!”

Chris Yorke (Prestatyn RC) was another good local athlete in top form, recording an impressive time of 16.57 in 184th place overall, and finishing 6th in his MV50 age cat.

*Alderley Edge Bypass 10k: Steve Forsyth and Will Williams from NWRRC hit the road running in Cheshire on Sunday at the Alderley Edge Bypass 10k race with Steve making his official race debut for the club, finishing 9th overall out of a top-quality field of 1,462 entrants, and he also won his MV40 age cat in just 34 minutes and 53 seconds. 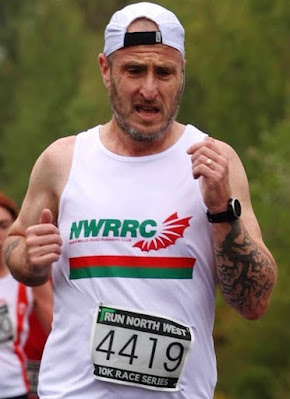 *Steve Forsyth (*above left) earned his stripes for NWRRC on his race debut for the club alongside Will Williams at the Alderley Edge 10k race.

Will also gave a good chase and recorded a similar excellent time of 38.23 in 40th place overall, and finished 5th in his MV45 age cat. After the race Steve said: “Not bad after food poisoning and not run other than this race.”

*A quartet of North Wales runners at the Liverpool Spring 10k race last Sunday, from (l-r) Charlie Owen with his wife Mandy, and Kelly Marie Alford with her partner Cai Roberts.

*Liverpool Spring 10k: A quartet of club runners travelled to Liverpool last Sunday for the Spring 10k race at Sefton. Kelly-Marie Alford and Cai Roberts ran together and finished in 736th and 737th places respectively in a good chip time of 52.05 amongst a massive entry of some 3,645 finishers. And it was good to see Mandy Owen back racing again with a determined effort in 1,245th place in 59.46, with husband Charlie Owen finishing in 1.11.17 in 1,797th place. 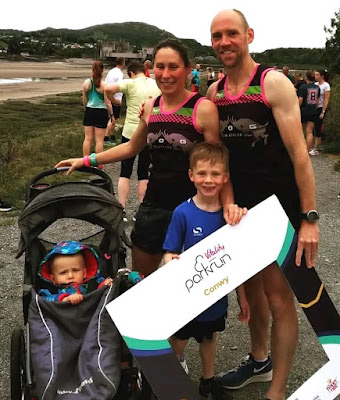 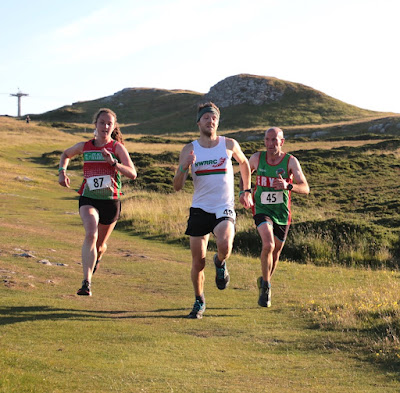 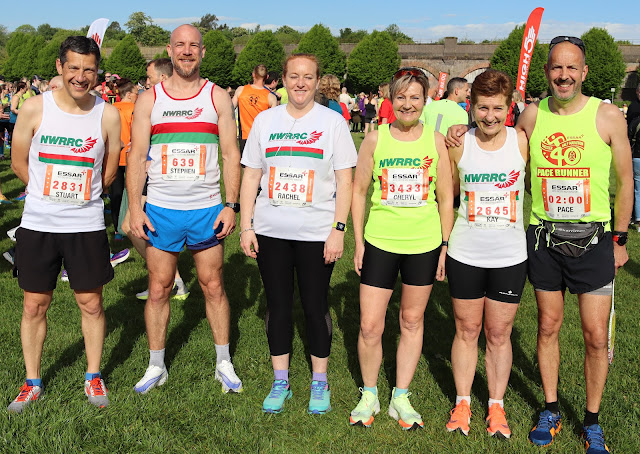 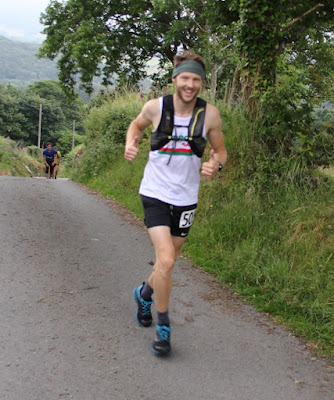 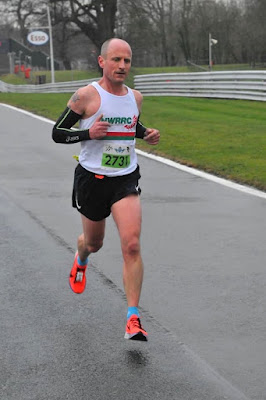 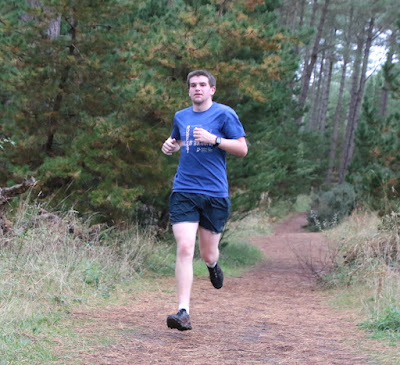 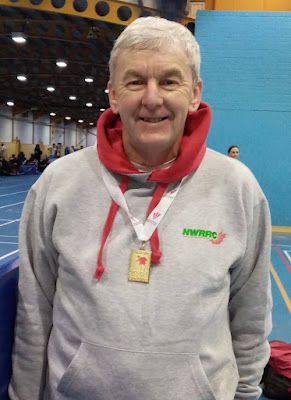 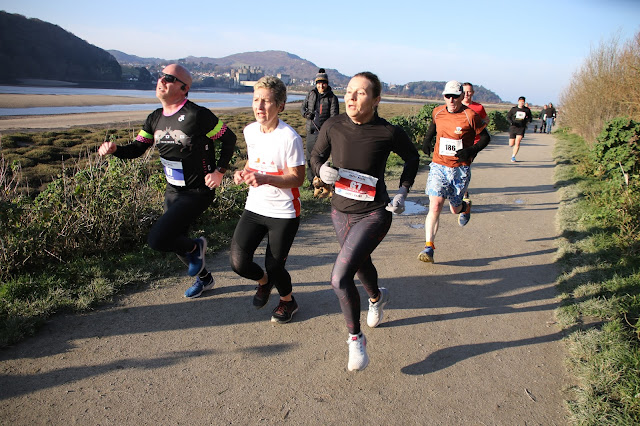 *Cheryl Frost and Kay Hatton (*above) are in the top Welsh rankings for 5k. North Wales Road Runners amongst the records and top Welsh rankings for 5k races and Track and Field. Report by Don Hale. Most photos by Steve Jeffery.   Several North Wales Road Runners have had their 2022 Welsh performance rankings updated following recent results in the Easter 5k Dash in Llandudno on 16th April, and the Mid Cheshire 5k race on 29th April, plus recent Track and Field events, and can now claim many top placings, plus some Welsh records! The nationally acclaimed Run Britain Rankings website, and the Power of 10 site, which both record race timings and performance details from thousands of club athletes competing in varied certified events across the country have updated the current Welsh rankings and include new details for eleven NWRRC athletes. They confirm that two top female club runners  Cheryl Frost  (22.36) and  Kay Hatton  (23.03) are ranked 3rd and 4th in their respective FV55 age cate
Read more