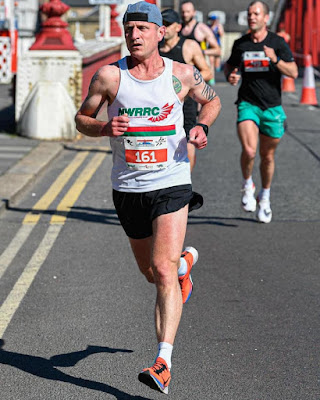 Jonathan Kettle celebrated a great run in the sun last weekend and claimed a gold medal podium position in his respective age category, whilst finishing 10th overall, in the prestigious Gateshead half-marathon.

The North Wales Road Runner won his notable award after crossing the English border again and performed well despite the heat, amidst a quality field of almost eight-hundred athletes.

It was a close-run contest however, with Jonathan narrowly winning his age cat title in 1 hour 18 minutes 36 seconds, and he finished just 12-seconds ahead of an M45 rival, Steve Middleton. 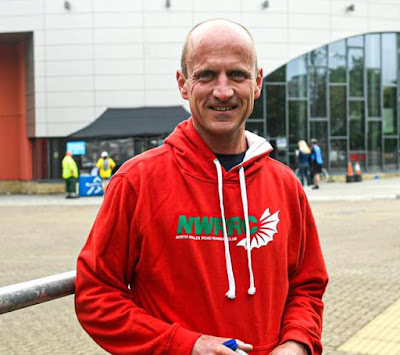 *Jonathan Kettle won his age category in the Gateshead half-marathon

Braving the long journey and very warm conditions, Jonathan admitted: ‘It was hot and lumpy but good fun. It was a fantastic race, and great to see my good friend and amazing photographer Mick Hall. I was smiley at the start then suffered in the heat.’

Heat took its toll on Llyr in Boston half-marathon

NWRRC member Llyr ApGeraint Roberts had mixed feelings after battling the heat in the Bank Holiday Monday half-marathon at Boston and finishing 42nd overall out of nearly 800 finishers. 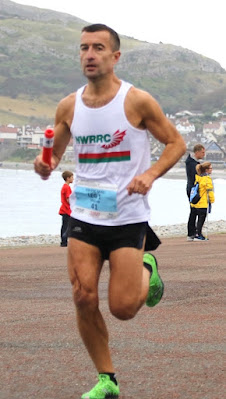 Llyr (pictured above) said his performance was probably hampered by several factors and understood the start was supposed to be staggered with four large groups of about 200 runners each for the half-marathon, but claimed it practically started en-mass, and was virtually a normal start.

Looking back, he admitted: ‘I was really gutted about no PB. I ran 78 mins 52 seconds in March with a small group of runners, and what a difference it makes when you are in a group in comparison to running solo, which I did for virtually all the way round.

‘It was not what I wanted but what I deserved. I was going OK for 15k but then the wheels came off. There were lots of things that contributed to it including a poor warm-up, off sooner than planned, and I missed the first water station.

‘In addition, I nearly tripped up, but most importantly, I think the main thing was setting off slightly too fast and when the heat came, I had nothing; but I haven’t felt 100% since my first Covid jab which has affected my training over the past three weeks.

‘My head wasn’t right either but hey, those are my excuses. My only solace is that I was quicker today than two years ago over the same course.’ 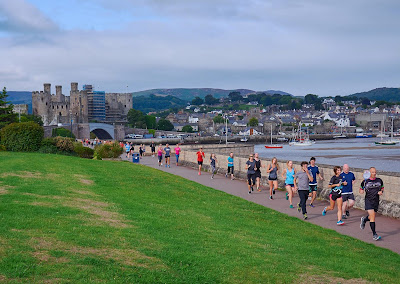