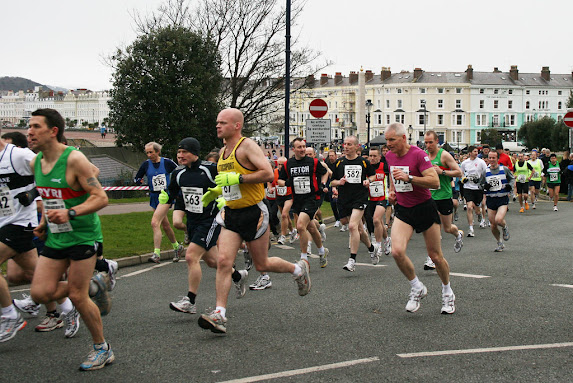 Entries have just opened for the Nick Beer 10k memorial road race in Llandudno, which has now been scheduled for Sunday 18th July 2021, with a 12-noon start.
This popular annual event always attracts many hundreds of runners of mixed ages and abilities from across the UK, and beyond, to enjoy the scenic splendours of a hilly but picturesque course around the Great Orme.

Starting and finishing on Llandudno promenade, opposite the Imperial Hotel, this will be the 29th annual run to help commemorate the life of a well-known former local athlete, Nick Beer, who sadly passed away in 1992, aged just 27, after eventually losing his battle with hydrocephalus.
Race officials John and Kay Hatton from event organisers North Wales Road Runners (NWRRC), have supervised this major 10k run for over twenty-years, and believe Covid-19 restrictions will be lifted in time for a genuine ‘live’ race to finally go ahead, following a succession of virtual events. It has already received support from Conwy Council. 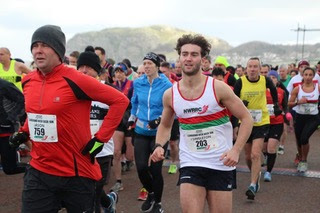 John explained that athletes will also be able to collect the second part of a unique three-medal set on completing this exciting 10k run, with an option to secure the third and final medal next year for the 30th anniversary. 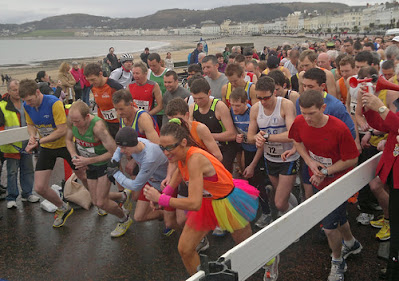 He also provided some interesting background to the origin of this race and explained: ‘Nick joined NWRRC from Colwyn Bay AC, and his smile soon made lots of friends. He was there at every race. He tried and tried until his improvements staggered us all, and you could always rely on that smile at the finishing post.
‘We all need occasional laughter to make us feel good, and Nick provided that in abundance. His presence was welcome, pervasive, selflessly giving, and never asking the price. Nick was living with hydrocephalus and passed away after finishing the Lake Vyrnwy half-marathon race in September 1992.
‘Maybe when we run his race each year, it will remind us of the importance and positive results that trying hard and participating can bring. Nick Beer was a true son of the sporting ethic, who left us with a wealth of fond memories, and a legacy of inspiration.’
John also confirmed: 'The race HQ will now be on Llandudno promenade, We are having a number of gazebos, this will ensure we comply with all the restrictions if COVID-19 is still with us. We will NOT be using Venue Cymru however, this year.' 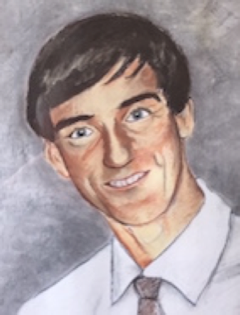 **Entry details including the location and route of the race are now available online:
https://secure.onreg.com/onreg2/front/step1.php?id=4963

*The cost of entry is £15 affiliated, and £17 non-affiliated. On the day it will be £16 affiliated and £18 non-affiliated. If you enter after midnight on Thursday July 8th you will need to collect your number on race day from registration from one of the gazebos on Llandudno promenade between 9.30 and 11.30 am. Online entries will close at midnight on Thursday 15th July. Limited entries will be available on race day at registration between 9.30 and 11.30 am. 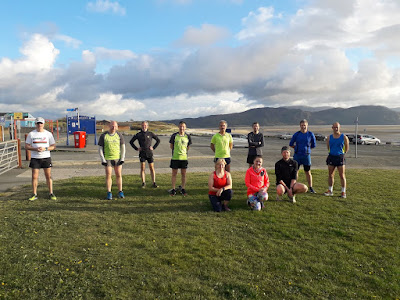