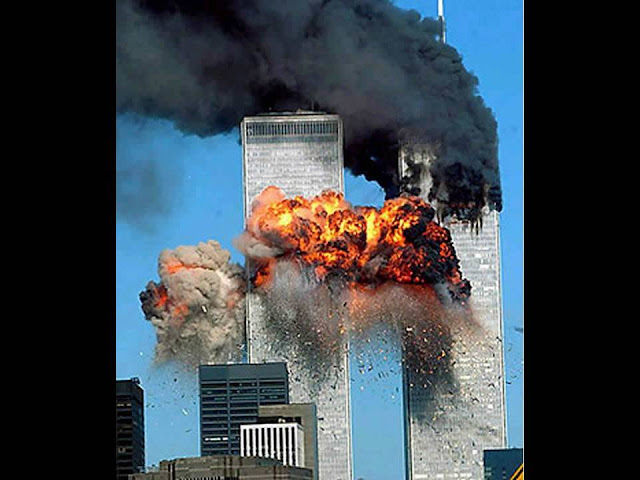 THE DAY THE WORLD CHANGED

AN INCREDIBLE PERSONAL STORY WITH EXCLUSIVE PHOTOGRAPHS ABOUT THE TWIN TOWERS’ ATTACK:

Don Hale reports on one of the world’s most dramatic terrorist attacks ever.

Almost 20-years ago, I heard from Dr Sam Allen, a well-known, and highly-respected doctor and a global specialist on highly infectious diseases. I have known Sam for about 40-years, and we both ran for the same Derbyshire athletics club in Matlock, when I was editor of the local newspaper, the Matlock Mercury.

Just a few weeks after I left the paper though, Sam became unintentionally involved in a daring rescue attempt to help the victims of the world’s worst-ever, and most horrific terrorist attack on New York.

The following statement is from my original archived introduction to Sam’s incredible book which fully explains his key role on that fateful day, and includes details of an amazing family coincidence that helped to reflect the impact the attack had on the people of that great city, and elsewhere. 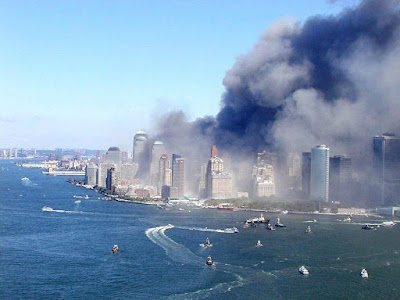 This is the true story of the vital part two men from the same family unknowingly played as one of the world’s most horrific disasters, the 9/11 terrorist attack on the Twin Towers, took place in New York in 2001.

It confirms what they each recorded from completely different perspectives, not knowing that the other was involved. One was a young medic who provided desperate life-saving experience to casualties near Ground Zero, whilst his uncle, a veteran newsman, compiled vital photographic data of the devastation caused by this incredible incident.

Dr Sam Allen was travelling back home to London after spending many months in the depths of the Amazon rainforest in Brazil working with the Koto-Mama expedition.

His early morning American Airlines flight from Rio de Janeiro had landed at JFK, been refuelled and was about to take off when news of the attacks was relayed to the pilot.

He was travelling back with expedition colleagues, many of whom also had vital medical experience and equipment. All watched in horror as terrorists attacked the enormous towers triggering a swirling spiral of dense smoke into the clear blue skies.

They were kept aboard their plane as US jets controlled the skies worried about further strikes, until they were finally allowed to disembark, wondering just what had really happened on that unbelievable morning. 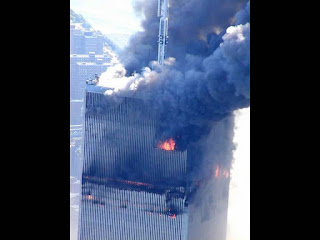 Once the extent of the attack was realised Dr Allen and his companions answered a call for emergency assistance and journeyed to provide essential voluntary aid.

It was to be an unforgettable and emotional experience for all, which led to days of long hard shifts and traumatic work in treating the casualties, even tending to numerous body bags in the choking grey dust of devastation.

The newsman was Harry Koundakjian, a highly respected and experienced journalist, who ironically was Sam’s uncle. Sam then stayed with his family, and says he was determined that a detailed photographic record should be kept, so that we should ‘never forget.’

At the time, he was chief photo journalist for Associated Press (AP) based in New York. Harry was also a friend of Kings and heads of state, closely associated with the likes of Henry Kissinger and Cyrus Vance, even travelling regularly with top VIP’s in the Presidential aircraft to important peace talks.

The story confirms what it was like to be part of this unbelievable incident. It also shows how during a chaotic major security purge, Sam and his team also became potential suspects, with four separate attempts to leave the US thwarted. 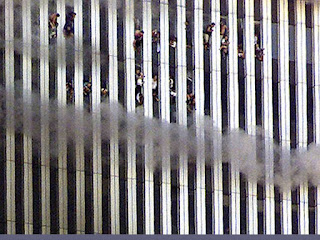 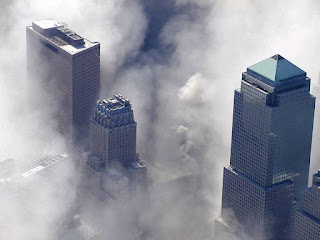 Harry Koundakjian was a Syrian born American photo journalist who was the chief photo editor for Associated Press (AP) in New York at the time of the 9/11 terrorist attack on the Twin Towers, which cost thousands of innocent lives. 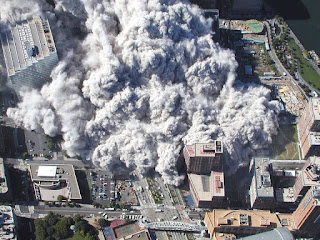 He died on 21st April 2014, aged 83. It was his desire however, to record and circulate vital images of the devastation as a vivid reminder that ‘we should NEVER forget that day that changed our lives.’

Harry passed away unexpectedly at a Manhattan hospital following complications of open-heart surgery that he had had from the previous February, his daughter Lola confirmed.

She added that ‘photography had been his life,’ saying ‘colleagues had become close friends,’ adding that ‘he brought his career home in a positive way.’

Previously he sent a compilation file of images from the 9/11 disaster to his nephew Dr Sam Allen in the UK telling him to ‘please pass it on,’ and to use them as a unique record of events.

They are now included within this book along with Sam’s own dramatic account from that horrific yet memorable day, where by a strange coincidence he too had become embroiled with helping to treat casualties close to Ground Zero. 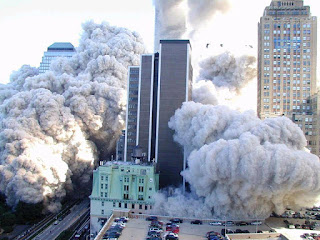 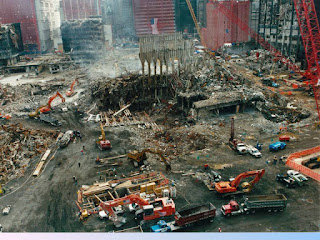 Sam was travelling back from an expedition in Brazil when a 30-minute refuelling stop-over at JFK en route to London turned into days of traumatic life-saving.

Although born in Syria, Harry completed his high school education in Lebanon and his career as a journalist first began back in 1952 when he joined the Beirut based French language newspaper L’Orient. He later worked with their sister paper Jarida, becoming the first photo journalist in Lebanon.

Harry then joined AP as a freelance in the 1960’s and became a full-time staff member in 1969.

During this period, he covered a mix of incredible Middle Eastern events including the Lebanese civil war, military coups, royal weddings, earthquakes in Turkey and Morocco, and a cyclone in East Pakistan. 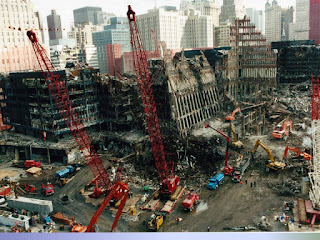 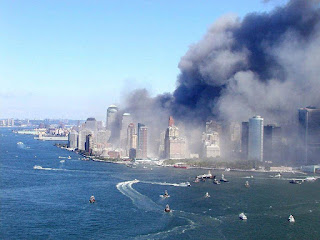 Being part Armenian and considered a neutral in Middle East conflicts he was constantly in demand and was the only remaining photo editor during and immediately after the 1972 Olympic massacre in Munich.

He continued to report on ongoing crisis events in Lebanon between 1973-79. His close friendship and association with King Hussein of Jordan and the Royal Family also allowed him exclusive access to the 1978 wedding of the King, to his fourth wife Queen Noor.

His stunning photographs captured the hijacker with a gun pointing at the pilot’s head, and unfortunately, the pilot was eventually murdered with his body thrown onto the tarmac in Aden. 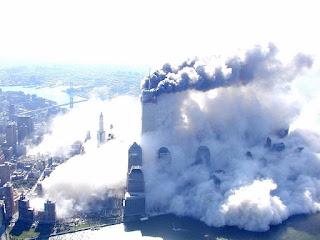 Known as a colourful character, Harry also covered controversial Miss Europe pageants in Beirut, and the Pope’s first visit to Jerusalem, Pakistan and Turkey, before moving in 1979 with his family to New York as AP’s chief photo editor. He retired in 2006.

His knowledge and experience of Middle Eastern matters led to important introductions and prestigious friendships with US Secretary of State Henry Kissinger and Cyrus Vance, and often travelled with senior officials in the Presidential aircraft.

Harry was involved with diplomatic peace talk shuttles between Arabs and Israel, and he also visited West Africa with Pat Nixon, and appeared as a supervising photo-editor at the Asian Games in Tehran. 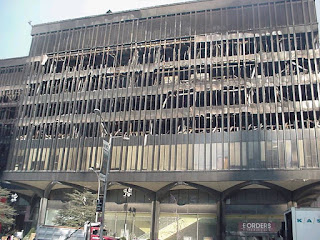 He gained many awards for his stunning and daring images including photos of Yasser Arafat embracing refugee children, Pope Paul VI praying, and King Hussein’s wedding, many of which later appeared in Life and Time magazines.

His expertise and multi-lingual skills, helped create specialised features for a range of publications outside of America, including Canada and Mexico, and shortly before his death he admitted, ‘he had had a productive career.’

“My future is today,” he explained to a colleague. “Every day is a fresh adventure, and I’ll always have a camera around my neck – even when I’m buried.”

Harry put together a unique file of over 50 exclusive colour photographs taken during and after the 9/11 attack on the Twin Towers in New York on 9th September 2001.

They form a truly amazing overview of this extraordinary incident and it is believed to be the very first time that all these iconic images have been seen together within a published collection.

Along with his nephew Sam’s own amazing story and his pictures, they will hopefully ensure that Harry’s final wish is fulfilled, and that this exceptional day is remembered for all the right reasons.

THIS AMAZING BOOK IS PACKED WITH MEMORABLE COLOUR PHOTOS AND IS NOW AVAILABLE VIA AMAZON: 9/11 GROUND ZERO: ENGLISHMEN IN NEW YORK - AFTERMATH – BY DR SAM ALLEN: 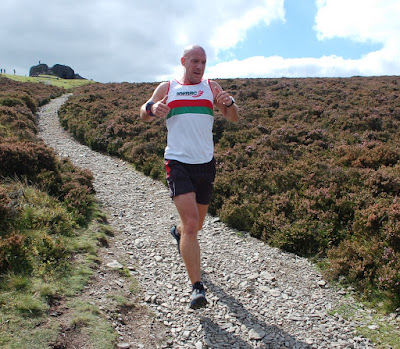